Showing posts with the label ultrabooks
Show all 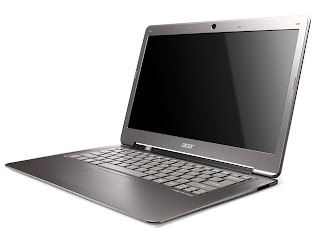 According to multiple reports and sources, suppliers of ultrabooks are facing a lot of issues with profitability and market. As a result, many manufacturers are expected to turn to low-cost designs to make up for it. According to an anonymous CNET source that speaks directly to ultrabook suppliers, "The ultrabook adoption during the holiday season was ugly." Before you go jumping to conclusions, this source was only talking about one ultrabook manufacturer specifically. That being said, the ultrabook market for all suppliers is still facing challenges. According to the same source, "You've got a down market on the eve of a new operating system (Windows 8, obviously) at a price point that's fairly robust (meaning high)." On top of that, Acer, one of the high-profile ultrabook vendors, stated that it is currently not making a profit on lower-end models according to a recent report in The Verge. A Tech Travel Agent can get an ultrabook rental to you within 24
Post a Comment
Read more
More posts