Showing posts with the label schizophrenic computer
Show all 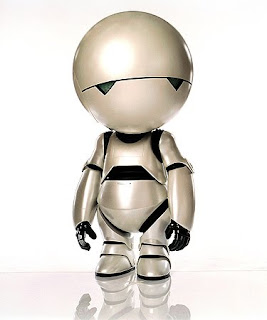 So, in my time as a blogger I have written about some pretty interesting things. I have also written about some pretty strange things and even some downright absurd things. However, this story may just be in a league of its own. A recent study by researchers at the University of Texas in Austin along with researchers from Yale University was set on creating the thinking of a schizophrenic mind on a computer. Yeah, that's right, they are trying to make a computer a schizophrenic by using a virtual network. Their research is based on something known as the hyperlearning theory of schizophrenia. This theory maintains that the disease schizophrenia stems from an inability to forget or ignore non-essential information. In their work, the research teams taught a series of stories to a computer model known to them as DISCERN. Using natural language processing, the computer is able to map out the different stories in a manner similar to the human brain. In the researchers' model, a sim
Post a Comment
Read more
More posts