Showing posts with the label Oracle
Show all

Amazon Looking To Cut Prices And Launch A High-Speed Database 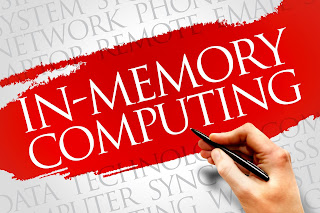 Amazon is getting ready to host its annual AWS re:Invent tech conference next week in Las Vegas , with plans of talking to customers about its popular Amazon Web Services, the cloud computing that the online retailer provides. However, there is one product rumored to be announced at the event and that is a new, super-fast "in-memory" database, according to Merrill Lynch's Justin Post. According to Post, "Amazon may announce new database products like in-memory databases or higher performance database services like Aurora (MySQL)." An in-memory database runs in your computer's memory instead of using computer storage. In addition to that, it is also capable of processing unspeakable amounts of data at nearly instantaneous speeds, according to the description from Oracle chairman Larry Ellison on Oracle's version of this very same product. the in-memory option is one of the key ways that Oracle is convincing its customers to upgrade to its latest database
Post a Comment
Read more

Oracle has finally shipped Java Platform Standard Edition 7, otherwise known as Java SE 7, in what is the first major update to the programming language in over five years. Oracle let news of this out in a company announcement yesterday. This is also the very first release of Java SE under the ownership of Oracle. According to Oracle Chief Java Architect Mark Reinhold in a webcast earlier in the month, "We all know for various business and political reasons that this release has taken some time." According to an estimate by Oracle, some 9 million developers from around the globe use Java. Tiobe Software also estimates that Java is the most widely used programming language in the world, bumping off C and obliterating C++ with twice as many users. Over 3 billion devices around the world run Java and it is deployed by 97% of enterprise desktops worldwide. In addition to that, the Java runtime is downloaded over a billion times each year. Since Oracle acquired Java as part of its
Post a Comment
Read more
More posts